It was great to start 2018 the way I had finished 2017 – with a new PB! Competing over the 10k in Doha, I came away with the win, clocking a new PB of 31.50 minutes. This was a fair bit quicker than my time last year over the same course and I ended up placing third overall, behind two Kenyan men!

It was a very early start and so I was really pleased to have run so fast, particularly considering I am not a morning person! I did struggle over the first few miles but managed to battle through and finish strongly with my last two miles being the fastest pace throughout the entire race. 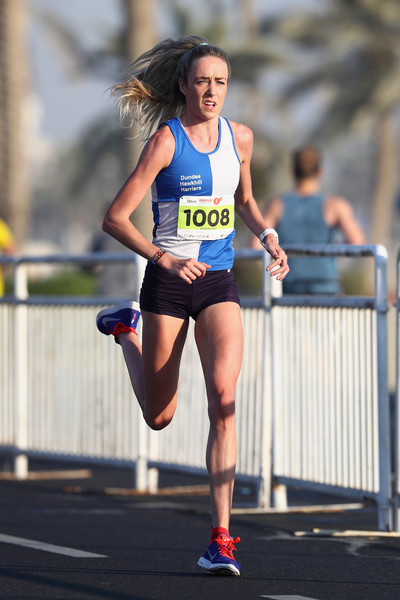 Mentally, it was a positive way to start off the season because I now know that I am continuing my good form from 2017 and in much better physical shape than ever before. It’s given me the confidence boost I need and reaffirmed to me that winter training has been going better than ever.

The New Year offers a great chance to reflect on the year just gone. What worked, what didn’t, what changes will we implement and more importantly how can we improve. It does feel like only yesterday we were heading into 2017 but they do say time flies when you’re having fun!

There are an array of new challenges ahead, more championships and ultimately more medals to aim for. For many sporting nations, 2018 is viewed as a down year with no World Championships or Olympic Games to target but we have two very important dates on our schedule. First up, we have the Commonwealth Games for the Scotland team and then the European Championships for the UK. Each presents a great opportunity to medal but it certainly won’t be easy.

I spent my final few weeks of the year out in Qatar, visiting my mum for Christmas. It’s a really special time of year for us, as it’s the only time we are all in the one place at the same time – my mum, my three younger brothers, my sister, my boyfriend, Michael and my mum’s husband, John. Not only do we get to spend some quality family time together, it also gives me and my mum the chance to catch up with regards to my training. We are lucky in this day and age to have the technology that allows us to keep in contact daily. It may not be the ideal coaching situation, having your coach live on a different continent, but we make it work!

Temperatures in Doha at this time of year are manageable. Hot enough to make training tough but not to the extreme. It’s under 30 degrees most days and much cooler in the early mornings and late evenings. Not only do I have my mum’s eyes on me throughout the sessions but I’ve had a few of the kids that my mum coaches, jump in to help pace the runs. I even persuaded two of my younger brothers to get involved! Their only condition was that I tagged them on Instagram so they could get a few more followers!

It might not be your typical Christmas but it’s the time of year I look forward to the most. We try to do some different activities every year. From jumping off colossal sand dunes in the desert to visiting the Gold Souk. We even had our own New Year’s Day Dook in the Arabian Gulf – it wasn’t quite the baltic temperatures of the River Tay but it was cold enough! 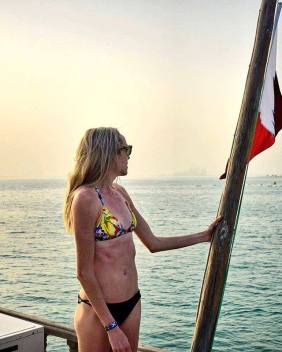 Amongst the family get-togethers, training continues as normal. I headed to the park on Christmas Day expecting to be the only crazy person willing to sacrifice my Christmas morning lie-in but I couldn’t believe my eyes. My little brother, my mum, my step-dad and a big bunch of athletes from my mum’s coaching squad were all up bright and early for some morning miles! It was amazing to be a part of and something like this and I’ll always remember it. It’s not every day you run around a park in 20 odd degrees wearing a santa hat! 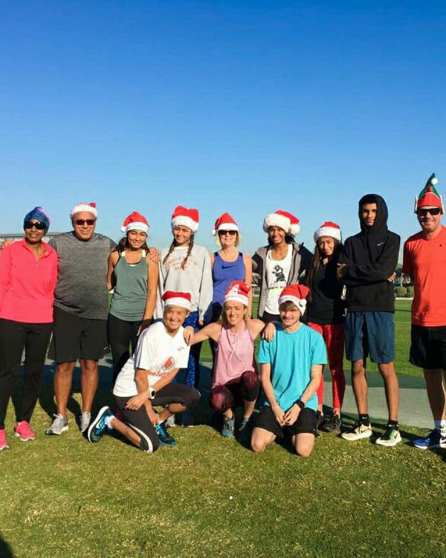 Training is going well. I’ve made some small improvements but there is still a long way to go before I hit peak shape. We are heading into the last phase of my endurance training with just one final race left before we speed things up in preparation for the indoor season. I won’t be concentrating on the indoors but I always enjoy racing and find that I run best when I have something to aim for. Training over and over again without any real racing periods can leave you a little stale so it’s important to mix things up in order to get the body firing on all cylinders for when it really counts. The main goal has always been the Commonwealth Games which means that everything until then is a stepping stone and a training tool.

From Doha, I’m then in Kenya for three weeks with some of the other endurance athletes from Team GB. It’s such an interesting place to train. Beautiful but inexplicably hard! The altitude and the hills truly make it one of the toughest places to run but I can’t wait to push myself to the limit and see where 2018 takes me. If 2018 is even half of the year 2017 was, I’m in for a hell of a ride! 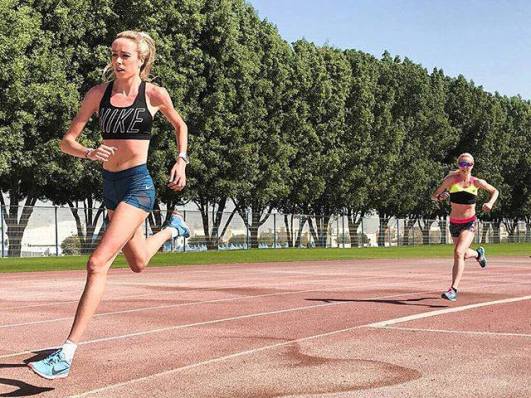