2018 started with high hopes and new dreams. Kicking off the new year with a personal best over 10K, I was confident to continue my good run of form from 2017. Unfortunately my successful streak came to an abrupt halt at the recent World Indoor Championships. Since coming back from my training camp in Kenya, things just haven’t been quite right. I opened up my season in Madrid with a 1500m race and although it was an indoor PB, I fell far short of the time I felt capable of producing. Shortly after Madrid, I fell sick. It’s not unusual for me to fall ill after long haul flights – they are always my nemesis! But this time things seemed to drag on for much longer than a typical cold. I felt very flat and was sleeping all day, every day, in the lead up to the British Indoor Championships. I left the British Champs feeling pretty deflated with the way my body was feeling during my race. Although I managed to come away with a 2nd place in the 3000m and a win over the 1500m which secured my spot on the World Indoor team – I just knew that physically something just wasn’t clicking. For the next few days, I barely ran. My legs were exhausted and flat; my body lacking the energy to train. Sometimes this can be a side effect of returning to sea level after a spell at high altitude but this time around it felt a little different. Two blood tests revealed that my white blood cells were very low and that my body was fighting some sort of infection. This obviously wasn’t ideal heading into the World Indoor Champs but I couldn’t let the opportunity of running in front of a home crowd slip by! 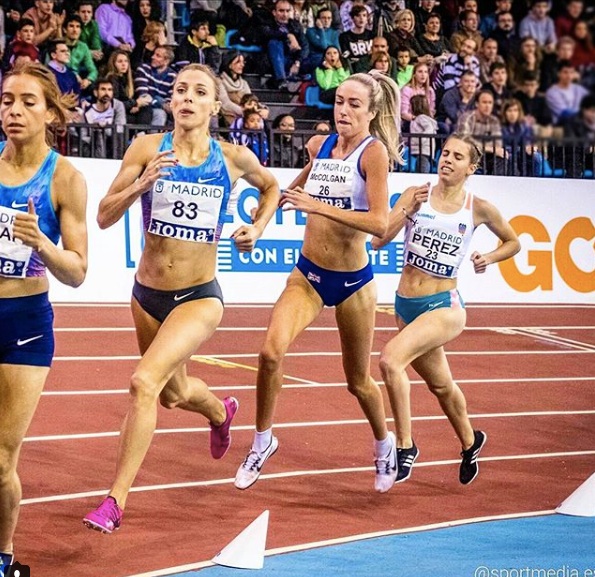 We decided to rest as much as I could heading up to the World Indoors and the day before my race, I started to feel much better and more like my usual self. My mum had travelled over from Qatar to act as my coaching support for the weekend which was brilliant and made things a little more special having her around. The weather had taken a turn for the worst – we were fortunate that her flight managed to land! I’ve never seen snow like it and that’s coming from a Scot! Picking up my mum from the airport was something i’ll never forget. I thought she was going to freeze to death with her exclaiming, “I canny feel my fingers!”. The last four years of sunshine in the middle east have clearly made turned her soft! 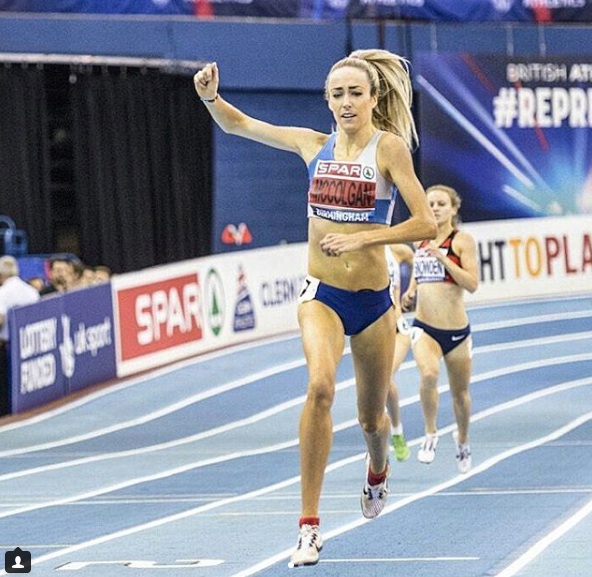 Luckily, we managed to get the train down to Birmingham for the championships amidst the several delays. The UK had turned to a standstill and unfortunately not all the team were as lucky! Laura Muir was stuck in Glasgow with Zoey Clark being even further up north in Aberdeen. The snow had put halt to all modes of transport other than driving down which as you can imagine was a long, old taxi journey!

With a 10th place over the 3000m and failing to qualify for the 1500m, I left Birmingham with a heavy heart. It wasn’t the performance I wanted to give and I felt I had let a lot of people down. Not only do I put so much into this sport but there is such a big team around me who also put their life and soul into what I do. When it comes down to the nitty gritty, it’s me out on the start line, alone, and I’m the only one who can control the outcome; no matter how much effort everyone else has put in. And unfortunately within any sport, sometimes your body just doesn’t play ball.

I decided to take the whole of last week off to let my body recover and to allow whatever is in my system, the time to pass. Team Scotland headed out to Australia in preparation for the 2018 Gold Coast Commonwealth Games on Friday and so as I type this blog, we are sitting in the Sunshine Coast.. Although, I haven’t seen an inch of sunshine since we landed! The scots seem to have brought the weather with them, with torrential downpours all day! We were however greeted by a koala at our accommodation which put a big smile on everyone’s faces after a 22 hour flight. Bo, the Koala, sleeps 21 hours a day whilst spending the remaining three eating – now that’s certainly a lifestyle I can get on board with!

I have three weeks of hard training here before heading down to the Gold Coast for The Commonwealth Games. It’s certainly going to be a different experience from Glasgow 2014, on the other side of the world with a lot less family and familiar faces in the stands, but i’m excited to put on the Scotland vest once more. This opportunity only comes around once every four years and is keeping me in a positive mindset after my recent blip in performance. Hard work and fitness is something that doesn’t just disappear overnight – it’s in there and once my body regains full health, i’ll be raring to go. Fingers crossed the sunshine makes an appearance sometime soon too!