Winter is well and truly underway and although we hadn’t planned for me to race until 24 November (a 4 mile road race in Manchester, USA), I actually ended up racing a 10k race at the beginning of the month.

My coach, being the hard task-master she is, entered me for The Leeds Abbey Dash which certainly was a shock to the system. Not only because it was my second outing, ever, over the 10k distance but also because I had also just re-started training. The beaches of the Caribbean, where I had spent two weeks holidaying after the Olympics, were a distant memory replaced by the wet and windy streets of Leeds.

There were no major expectations heading into the race, however, training had been going relatively well after my time off and so I still believed I could break my personal best (PB) time. It was going to be close but I was confident that even after taking a break – I would still be in good enough shape to break 33 minutes.

Mentally and physically, I feel a much stronger athlete. In fact, I would go as far as to say I feel like I have become a different athlete entirely. There have been so many low points over the last few years – from injury to illnesses, and more recently to being omitted from National Sport funding (again!) it’s obviously challenging.  But they have moulded me into a better, fitter and stronger athlete and person. 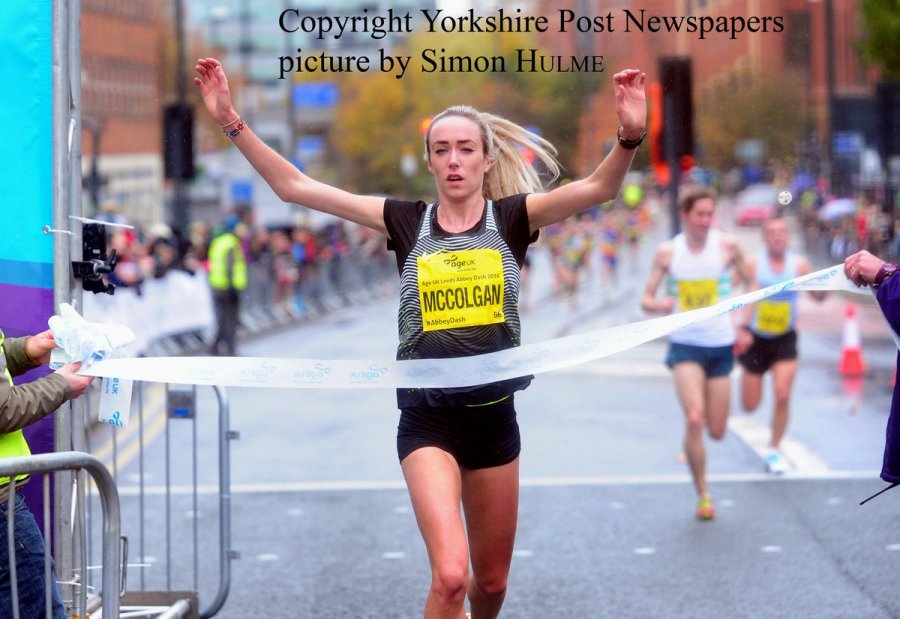 Pacing the 10k was difficult. Having only stepped up to the 5,000m this year, doubling that distance off limited training was never going to be a walk in the park. And to make things even more strenuous, the first 5k of the race was a battle into a strong headwind, rain and freezing cold temperatures. I set off at a good pace but found myself quickly settling into a pack of male runners to try and shelter from the wind. Unfortunately my giraffe features make it difficult to hide!

The first 5k was much slower than I had planned which meant that I had to really start shifting if I wanted to break my 33 minutes PB. At the turn point – I really put my foot down and picked up the pace. My winning time was 32.52 – a PB by 10 seconds. I was relatively happy with it, all things considered but I do feel I could chip off another 20-30 seconds with another month of training under my belt.

The next day, my legs were shattered. I felt like I had run a marathon and not just a 10k! But it’s the first time in about two years that I’ve run that distance on roads. Typically, I try to avoid running for a sustained length of time on the roads in order to reduce the impact and forces going through my lower limbs to reduce my chances of injury. I do my best to stick to woodland trail most days so running 10k on the roads definitely took its toll on my legs! I spent the next day hobbling around the house until they got some life back in them.

This week, I’ve been extremely busy visiting schools across the Scotland giving an insight into what it takes to be an Olympic athlete. It was manic.  I visited just under 1,000 primary school kids in the space of three days but I thoroughly enjoyed the experience. Even if ONE young child takes on board my advice I’ll be happy. Fingers crossed it’s the small bit of encouragement they need to enquire about their local sports club and who knows, I may have just met the next generation of Jess Ennis’s and Mo Farah’s. 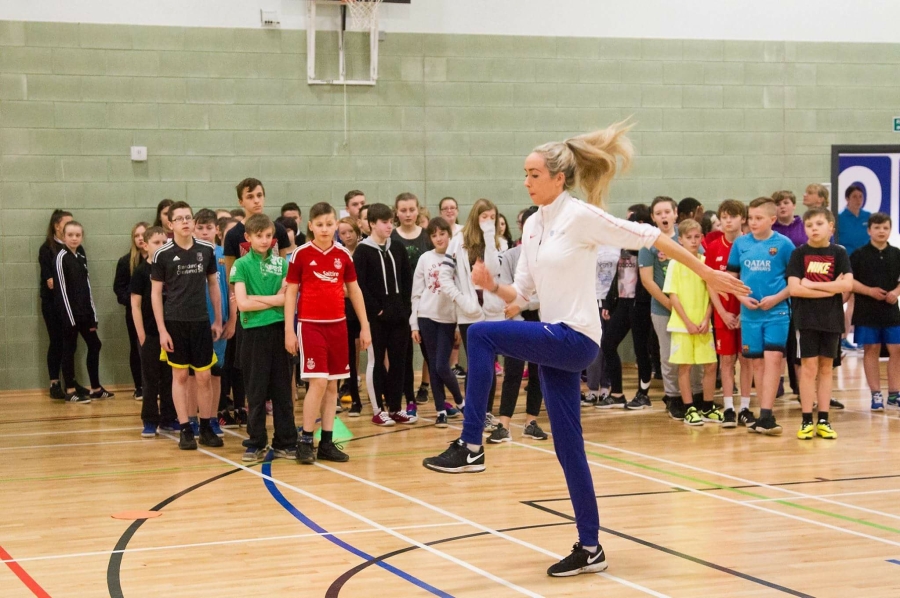