Heading into an Olympic year is stressful for an athlete. But for an athlete coming back from injury, it’s even more so. With limited races around Europe to gain qualifying time, it becomes a bit of a rat race to secure your spot on the start lists.

My plan had been to wait until the end of May to begin racing but after getting in some good, consistent training with no set-backs (touch wood!!) my coach and I have decided to launch into my summer season a little earlier than planned. I’m still not quite as fit as I would like to be, heading into the summer of an Olympic year but I’ve made some huge improvements in fitness over the last month and more importantly – I’m injury and pain free. 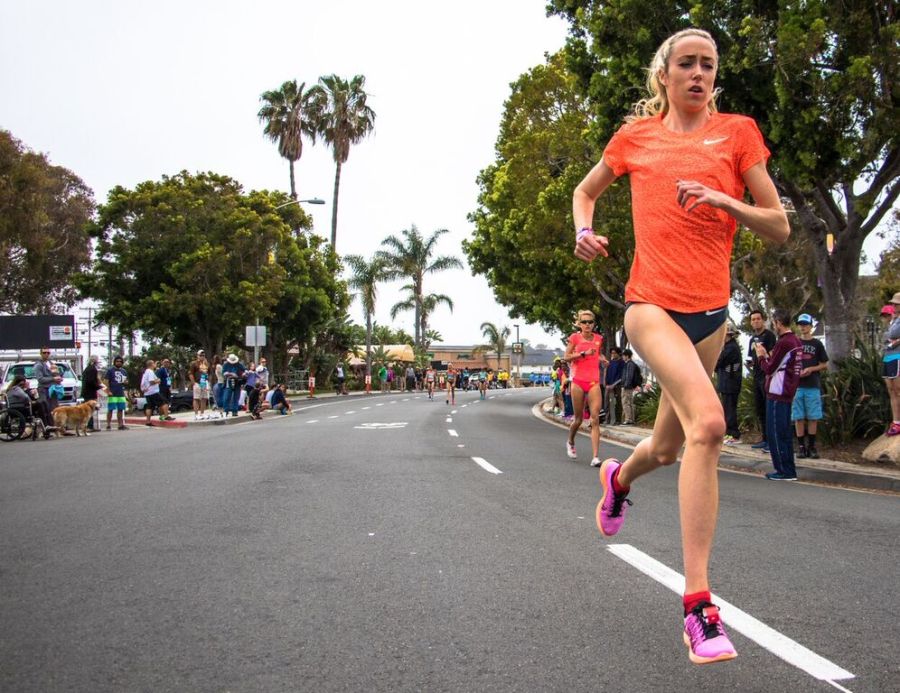 This weekend I have been in Carlsbad in California to race the Carlsbad 5000m Road Race. It’s classed as the ‘Quickest 5K In The World’ so was a little scary to be sharing the start line with the top-class field who were racing but definitely an exciting opportunity.

World Record Holder, Meseret Defar has returned to the roads after a spell away from the sport to start a family. Her world record of 14.46 minutes was set on this course, so it’s safe to say she was the overwhelming favourite to take victory, which she did for the fourth time in a finishing time of 15:00.

I also have quite a close personal link to this race as both my parents have raced here, with my mum winning it both times. It’s amazing to think that I am following in my parents footsteps, around the world, albeit 24 years after them. I find it surreal to think I was actually here, watching both my parents compete, when I was one year old. 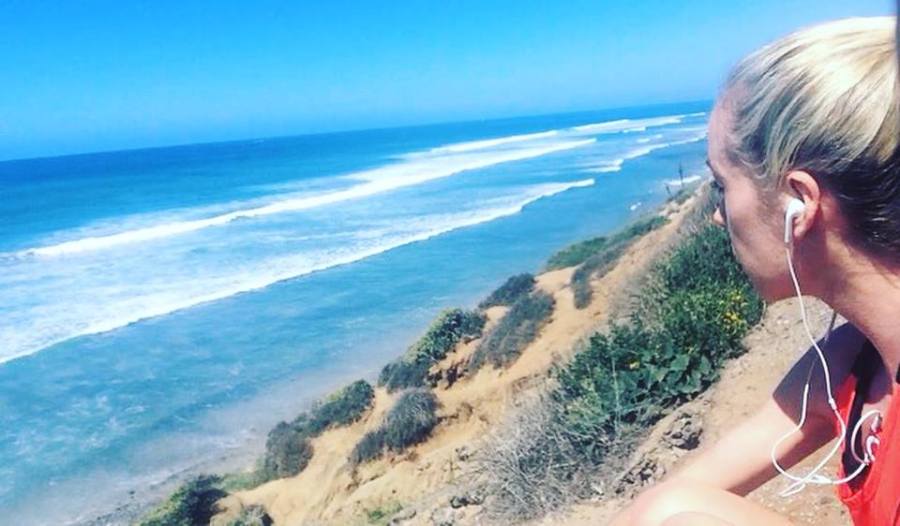 Initially, I was a little disappointed with my result – coming 7th with a time of 15:59. But on reflection, given my lengthy absence from the sport and with the long travel so close to the event, it’s a good achievement. The race set off at well under World Record pace, and from gun to finish I remained in 7th place. It was strange to be running the entire 5km on my own, not passing athletes or having athletes come by me. My first kilometre was covered in 2.56 minutes which is the fastest I’ve run in almost three years and so it was no surprise that by the last two kilometres my legs were struggling. Although I was disappointed with my time, position-wise I was relatively pleased. The experience was definitely a huge learning curve. Hopefully I can return again next year and run a much faster time.

I am now heading straight to Flagstaff, Arizona to join the GB team for the rest of the month. This will be my first time visiting Flagstaff and I’m looking forward to it. Returning for another spell at altitude will be tough but fingers crossed it will help my training progress. Hopefully we will get some decent weather as altitude venues, in both Europe and America, can sometimes be a little hit and miss. The weather can change drastically from day to day, going from 18 degrees and sunshine to heaps of snow. The positive is that it can’t be as hilly as Kenya.

Before returning to the UK in May, I’ll start my summer track season in Stanford, San Francisco at the Payton Jordan Meet. After deciding to change event due to my ankle injury, from the steeplechase to the 5000m, this will be my first proper track race over that distance. I have done a few as training runs, and previously hated every minute of the 12 and a half laps. However, this time around, I’m excited by the prospect; it’s a new event, a new goal and a new opportunity for me.

My coach has wanted me to move up in race distance for a while now so I’m finally listening to her advice. This race will give me a good indication of how training is going and how realistic my chances are of sneaking a place on the team to Rio. The race experience can’t be replicated in training. Competition is key for my return to full fitness and a key step towards the summer when I need to be fit, healthy and hopefully running some fast times.

Once back in the UK, I’ll be seeking out more races. 2016 is such an important year and athletes all over the world are attempting to get qualifying times so it will be difficult to get into the high quality competitions. Racing in Europe throughout May and June will be my opportunity to try and run the times needed for Rio.

Then the focus will change to achieving a top two position at the Olympic Trials at the end of June. It’s going to be a challenge after spending the whole of 2015 on the side lines but I am determined to give it my all. I want to be able to look back during the next Olympic cycle and know that I put absolutely everything into it so I can toe the line on the world stage once more.