Eilish McColgan on preparing for the 2020 Olympics in Tokyo

Precision Hydration are excited to welcome two-time Olympian Eilish McColgan onto the team ahead of an exciting year as she bids to qualify for the 2020 Olympics in Tokyo.

Eilish represented Great Britain at the 2012 and 2016 Olympics, and we spoke to the European Championship silver medalist about her hopes for 2020, coping with pressure and, of course, hydration…

Hi Eilish, many of our readers will instantly recognise the surname ‘McColgan’ as your mum, Liz, famously won the 10,000m gold at the 1991 World Championships. Middle-to-long distance running is clearly in your genes, but just how big an influence has your mum been on your career in athletics?

Both my parents were professional athletes but to be honest, I was never really aware of that. I just assumed everyone’s parents went out for runs every now and again! I was very naive to it all.

It was only ever when journalists would show me my mum running on YouTube or show me her medals that I started to realise just how good she was.

But it was really my PE teacher at Primary School who initially put me into the local cross-country race and I loved it. From there, I begged my parents to take me to the local club and that’s what really sparked my interest.

My mum remains one of my biggest inspirations because not only is she my mum and coach, but she’s someone I look up to as a strong, female athlete who achieved her goals through hard work and hard work alone.

There’s something unique about my mum and that’s definitely what made her one of the best in the world.

You’ve come a long way since that first cross-country race at Primary School. Looking at your own career, what’ve been the top-three highlights so far?

I would say making my first Olympic Games at London 2012 was a huge highlight for me. It was my first step into professional athletics and I was really thrown into the deep end.

Although the whole experience was overwhelming and a little scary, it made me the athlete I am today and made me realise this was exactly what I wanted to do.

Before the Olympics, running was always just a hobby to me. After the Olympics, I knew I wanted to make it into a full-time career.

Other highlights would be my first European Indoors [Eilish won bronze in the 3,000m in Belgrade] and, more so, my European Outdoor Championships medal [silver in the 5,000m].

I started athletics aged 12, yet it took me until the age of 27 to win my first European medal. Knowing all of your hard work has paid off is the best feeling in the world.

It was one of those races where everything just clicked. Standing on the podium at the historic German Olympic Stadium was pretty incredible.

Breaking my mum’s Scottish record for 10 miles on the roads was definitely a highlight in 2019. It was the first time I really believed that I could potentially move up to the roads one day and perhaps race over the half-marathon and full marathon distance during the next few years.

London 2012 is still one of my proudest moments. I broke my foot in 2011 & missed out on the World Champs in Daegu

I sat watching from my sofa, crying, with a moon boot, crutches in one hand & a box of Lindt chocolate in the other! 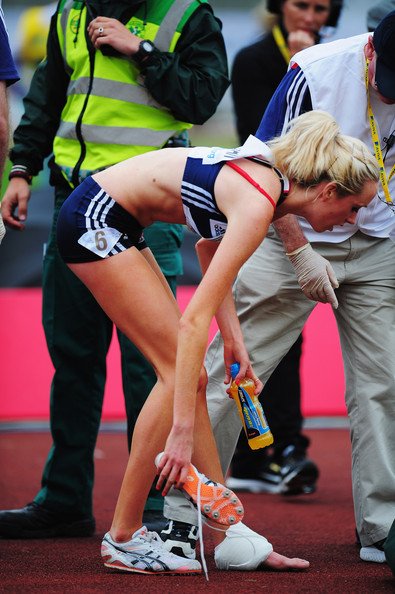 What lessons have you learned from your appearances at the 2012 and 2016 Olympics? And how will these impact on your approach for a potential third Olympic Games at Tokyo?

The 2012 Olympics were a stepping stone for me. I had no experience at world level at all so the whole process was something completely new.

I was petrified standing on the start line but, in a way, it helped me massively. No event will ever feel as big or nerve-racking as my first ever Olympic Games – and a home Olympic Games too!

In 2016, I felt much more prepared and confident in my abilities as an athlete. I knew what to expect and where to aim my goals.

It was a little different as I was competing over a distance I had never raced before – the 5,000m. I had previously raced the 3,000m steeplechase but due to injuries had to forgo that event.

This time around I am confident over the 5,000m and feel prepared to go out there and give the best performance I can give.

How big of a factor was the heat and humidity that’s expected at the 2020 Olympic Games in Tokyo on your decision to take a Sweat Test with Precision Hydration?

It was a huge factor. I know from previous heat training camps that things have always gone south and I’ve run some horrible performances because I haven’t had the right knowledge and been able to get the right balance of electrolytes.

Tokyo will be challenging so it’s important I have the right team on board to ensure we get that aspect of my preparation as close to perfect as we can.

How did you first hear about Precision Hydration and what did you learn from your Sweat Test?

I actually came across PH on a training camp in South Africa a few years ago but then more recently through some of your ambassadors like Emma Pallant.

From the Sweat Test, we found out that I actually don’t lose as much sodium in my sweat compared to the ‘norm’. It may be that in the past, I’ve perhaps been taking on too many salts and put my body out of balance.

I don’t suffer from muscle cramps but I do always underperform when on training camps in the heat. I never quite get the right balance of electrolytes and would often be guessing how much I should be taking.

In elite sport, the margins are so small that it feels right to be putting a big level of emphasis on something so crucial for performance and ensuring that my hydration requirements are suitable for my body.

Over the next few months of working together we’ll really get to grips with a full hydration plan, focusing on what volume to take and when to take it. It will also be important for me when I’m training at altitude too.

Speaking of altitude, do you have any recommendations or favourite places to run?

St Moritz in Switzerland is beautiful. Iten in Kenya is pretty special too!

Frosty morning in Sheffield, but the baltic temperatures suited this Scot! 😎❄ Excited to come away with a brand new spanking PB and 35s faster than I've ever ran on this course before! 🙌🐢💨 – Gives me a lot of confidence off the back of my break, and hopefully a good indicator of things to come.. Maybe I'll take a 3 week holiday more often! 😜 Joking aside, it's a great way to cap off 2019 and a really promising start to my winter training! 🤗 #2019 #percypud . . . . . . #10k #pb #overandout #runnerspace #ASICS #polar #fastgirls #runnergirl #jj #fitness #fitspo #athletics #runner #sundayfunday

Hailing from chilly Scotland, what are you doing differently in training to ensure you’re able to perform at your best in the hotter conditions in Tokyo?

If I make the team, we will be heading out to Tokyo as early as we possibly can to ensure that I’m acclimatising to the conditions and getting into the correct time zone too. Ideally, we will have at least four weeks out there to prepare.

My aim would be to break 14.40 and break into the top-six in the world. I may also look at the 10,000m as a potential event but we will decide that nearer the time!

Excellent, thanks for your time, Eilish. Good luck with preparations for Tokyo and we look forward to working together on your hydration strategy for the 2020 Olympic Games. 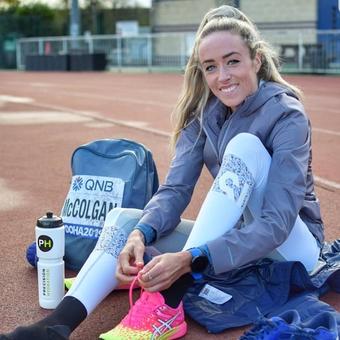