I say it time and time again, but athletics is a real rollercoaster. I started 2018 high on confidence and looking forward to attacking three major championships within the one season. Perhaps it was a little bit too ambitious but every athlete has big goals and even bigger dreams.

On paper, this hasn’t been my most successful year. In 2017 I smashed my personal bests across the board – from 1500m to 10K. But a 10th place at the World Championships in London last August left me wanting more. Whilst 2018 brought me no PBs, I gained something much more meaningful than a competitive time – a European Championships silver medal. Times are there to be broken and improved on but medals last forever. For the rest of the season, I was standing on the start line of races being announced to the crowd as a European medalist.

In my eyes a medal means something. It’s tangible. I can hold it in my hands and it’s a recognised reward for the hard work I’ve put in over the years. So although on paper it hasn’t been a PB year, it’s brought around my first outdoor medal, which to me, means so much more.

Unfortunately, the rest of the season didn’t bring the fast performances that I knew I was capable of achieving. After Berlin I picked up another virus which left me feeling very flat and tired. In an ideal world I would have pulled out of my last few races and ended on a high. However these races are confirmed months in advance and as well as not wanting to let down the race directors or my agent, having no kit sponsor means I need to race on the circuit to earn my living so I raced. My performance in those races was poor because I was so drained physically and emotionally. Hindsight is a wonderful thing!

Although it’s been a mixed year with several low moments, one overriding thought sticks with me. Throughout all the struggles, I did it. I achieved my goal for 2018 – to bring home a European medal. I’ve seen a glimmer of what can happen when I’m fully fit and healthy. Winning this medal has given me a lot of confidence to take into next season. Even when times are tough, I know I have it in me to turn things around and to perform when it matters.

There will be some big changes to my programme this winter with the introduction of more miles plus some strength and conditioning and I can’t wait to get up and running. For now, I’m spending my three weeks off decorating my boyfriend’s house with him, enjoying a well-deserved holiday and finally getting to catch up with my family at home in Scotland as I haven’t seen them since Christmas. And I can’t wait to show them my medal!

Next year my goals remain the same – I want to keep improving. I hope to maintain consistency within my training and will work hard to stay healthy. I want to ensure I am looking after myself in every aspect of my life.

The European Indoors come to Glasgow in March 2019 and I would love to retain my bronze medal from 2016 or even upgrade the colour!

Then we head into a very unusual season in the lead up to the World Championships in Doha, Qatar. The Championships take place in October, two months later than usual which will be a challenge for everyone. Not only will most athletes naturally be coming to the end of their seasons and taking a break, but we will all have the added challenge of the heat to contend with.

I’m really excited about the challenge despite the extra planning and preparation that will be needed for this competition.

My mum has been living in Doha for the last four years and so I see it as my third home (after Dundee and Manchester). Let’s hope I have that ‘home’ advantage behind me to make 2019 a season to remember. 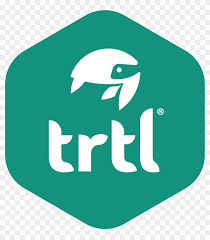